Meet the fine folks behind Lori's Voice.
.
Lori's Voice Board of Directors

Lori Hastings is the President, Founder and a Director of the board.

Michelle Vlug is the Secretary and a Director of the board.

Duane Kluting is the Treasurer and a Director of the board.

​Scott Noto is a Director of the board.

​Marianne Hunderman is a Director of the board.

Janelle Gunn is a Director of the board.

Lori Hastings is the Founder, President and  Director of Lori's Voice. Lori's love of children and reading has inspired her to write a book series using a voice activated computer. Each story has been written to encourage children to become the very best they can be. Lori hopes to touch the hearts of children and  realizes the many challenges young people face when living with a disability. Living with a disability herself, Lori understands the medical needs that are not always covered by insurance. It is her goal to make a difference by assisting these precious children with the tools that will enhance their lives and let them be kids.. Lori and her husband Dave have three adult children and enjoy spending time with their nine grandchildren

Michelle Vlug is the secretary and directory of Lori's Voice. Michelle worked for 30+ years in the Merchandising, Advertising and Foods Marketing areas for Meijer, Inc .She also volunteered at the small school her daughters went to, and later was a Coopersville Athletic Booster trustee and secretary while they were in high school.  Growing up with a special needs sister has given her a first hand experience on how involved the entire family is, as well as the struggles they face.  Michelle is looking forward to taking part in helping families with special needs children have a better quality of life through this non-profit group.

Duane Kluting  is the Treasurer and Director of Lori’s Voice.  Having known Lori her entire life he has witnessed first hand her personal journey.  Duane is a retired marketing/financial executive and CPA with many years of business and consulting experience.  He serves on the Board of Directors of various companies and leads or is active in many organizations at his church and his grandchildren’s school.  He has also chaired or served on committees for the Catholic Diocese of Grand Rapids and St. John’s Home and is currently a trustee and chairman of the Holy Spirit Parish Educational Foundation.  Being blessed with healthy children and grandchildren has helped Duane realize there are many less fortunate families.  He believes Lori’s Voice is a wonderful way to directly influence the lives of children and families who have genuine needs.
​

.
​Scott  Noto is a Grand Rapids native.  He received his Bachelor’s Degree from the University of Chicago in 2000 and his law degree from Loyola University Chicago School of Law in 2004.  He was in private practice for a number of years before he commissioned into the United States Army Judge Advocate General’s Corps in 2009.  He served on active duty as a Judge Advocate at Fort Bragg, North Carolina, and Fort Stewart, Georgia.  In 2014, he was honorably discharged and returned to west Michigan to resume private practice. Scott is an attorney with Britt Law Group in Grand Rapids, practicing in the areas of civil litigation, probate, real estate, and criminal defense.  He remains active in the United States Army Reserve.  He lives in Grand Rapids with his wife and four sons and attends Sacred Heart of Jesus. 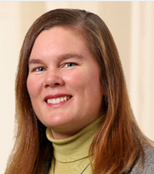 Marianne Hunderman-Marianne’s commitment and passion to helping children with disabilities runs deep. Not only does Marianne have personal experience as a mother to a child with disabilities, but she has dedicated her time and energy to nonprofits that support this mission. Her family story began with their biological children, Jadin, Bryce and Gabrielle, and continued with Ericka, Marianne’s 10-year-old daughter who came to them as a foster child when she was 18 months old. Unaware of Ericka’s challenges, Marianne and Chad sought immediate medical treatment to determine how they could help her grow and flourish as a young child. Diagnosed with Spinal Muscular Atrophy, they adopted Ericka when she turned three and added two additional children to their family, Vincent and Cebastin, who are originally from the Congo. In addition to joining the board of Lori’s Voice, Marianne is the New Family Coordinator for the Michigan chapter of CURE SMA, chairs the Children’s with Special Needs Fund and recently started her own nonprofit, Every Child Included, that plans to help special needs children and their families with enjoying life in a handicapped accessible park with go carts, a play-ground and activities to enjoy together.

Janelle Gunn has served the non-profit sector in a variety of roles for over 20 years.  She had her first volunteer  experience in college, as a Big Sister for Big Brothers Big Sisters, Southwest Michigan.  In 2002 she started  volunteering for Make-A-Wish Michigan and fell in love with serving families who needed support.   Soon after, she became a staff member in the Program Services Department, then later as a Regional Director and eventually as a Development Director.   In 2014, she joined the Hemophilia Foundation of Michigan as a Special Events Coordinator.  Recently retired, she continues to volunteer for these and other organizations that provide support and bring joy to children and families.  Janelle is excited to bring her years of non-profit experience to support the great work of Lori’s Voice and their mission to enhance the lives of children with special needs.
Like us on Facebook  Follow us on Twitter
Lori's Voice   P.O. Box  66 Coopersville MI 49404